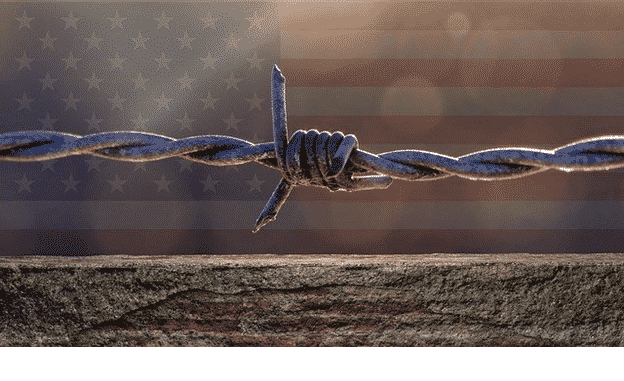 Immigration is the definition of the American dream. For centuries, our great country has been a melting pot of people from all walks of life. People coming into our country expect a better life, better healthcare, better jobs, and the benefits that come with those things.

Social security is one such benefit. But are illegal immigrants eligible for social security benefits? This question is one that has sparked many heated debates across the United States

When immigrants come into the United States of America seeking lawful employment, they must apply for a social security number prior to coming into the country.

A person’s social security number is something used by many programs to determine eligibility as well as being a way to report income earnings.

Obtaining benefits like insurance without social security is difficult, but it can be done. The problem is that not having a social security number increases the potential risk for fraud.

Immigration is a highly publicized, highly controversial topic. The number of immigrants attempting to enter the United States illegally has risen in recent years.

This politically charged topic has essentially divided our nation. The immigration debate can be summed up by two words — legal versus illegal.

It doesn’t matter which side of the argument you fall on; there is a huge problem with immigration.

One of the biggest problems with illegal immigration is fraud. There is fraud related to social security benefits and fraud involving taxes, jobs, Medicaid, medical care, housing and  even voting.

The financial toll on the economy is extensive.

There are immigration laws and regulations that dictate how to legally enter the country.  Immigrants are actually protected by these laws and rights.

The fact that there are laws in place signifies that immigration is welcomed, not frowned upon.

Persons entering the country legally to find employment, an education, or to simply live, have a legal and necessary way to enter the United States. If seeking employment, obtaining a social security number is essential.

Social security fraud cases are on the rise and much of it is attributed to identity theft. Illegal immigrants are stealing the identities of legal citizens to take advantage of social security benefits and other government program benefits.

Stolen numbers are used to obtain employment in the country, and they are getting away with it because employers are not doing their due diligence to verify the legality of the individual.

Social security is a federal program established by President Roosevelt as a way to financially support the elderly after the age of retirement. It is paid into by the hard-working people of this country via taxes.

Social security is another hot button topic in the U.S.

For years, many people have believed that social security will be taken away or that there isn’t enough money to fund retirement for the millions of Americans who have paid into it. That opinion is still widespread today.

Social Security Disability Income (SSDI) is another federal benefit. This benefit is paid out to disabled workers who have paid into social security to such a point that they qualify for the benefit.

Social Security Income (SSI) is an additional benefit paid to those over 65 years old who have not paid enough into the system to earn the full retirement benefit.

Many Americans look forward to retirement and are relying on the income from social security to make ends meet. But the biggest threat to social security is fraud; it’s not the possibility of the funds being taken away.

As long as future generations continue to work and pay into social security, this retirement benefit should continue to be there for retirees to collect in their later years.

Legal Immigration: the Fabric That Holds the U.S. Together

When immigrants enter the country through legal means to chase a dream, it is a beautiful thing. People living their best life and following the path to freedom and prosperity is the foundation upon which our nation was built.

But that foundation is threatened when illegal immigration becomes the new norm.

Hard working Americans have earned their benefits and retirement. When you pay into the system, you reap the rewards. Illegal is just that — illegal. There is a right way and a wrong way.

Unfortunately many people choose the wrong way and are seeking a free ride at the expense of our great nation. We have laws to protect our way of life and our freedoms.

Being an immigrant, legal or illegal, does not exempt a person from following the laws of the United States.

Robyn Flint writes for USInsuranceAgents.com and has an MS in Clinical Mental Health Counseling. Her experience in the field of mental health includes counseling children and families through outpatient counseling, program management, clinical supervision, and therapeutic foster care. Robyn is also a freelance writer and published author.